The woodland path leads from the car park to the open summit pastures of Grin Low, 437m (1,434ft) above sea level. Whether you are here to picnic, play games, tackle Go Ape, track down plants and birds, or just enjoy the views and fresh air, your visit is certain to be a rewarding one.

From Wasteland to country park

To view the beautiful woodland and hilltop oasis of Grinlow today, you would scarcely believe it was once condemned as an eyesore. However, from the 16th to the early 19th Century the site was a sprawling limestone quarry. The rock was burnt in 'pudding pie' kilns to supply the farming and building industries with lime for mortar and fertilizer. The outlines of these distinctive kilns can still be seen. The waste, meanwhile, was dumped on the hillside.

The debris was soon sufficiently deep for workers to burrow inside, fashioning small lime-waste cottages. Some such residences were still being used in the mid 19th Century, although by then the Duke of Devonshire had taken action. In the 1820s the first trees were planted as a direct response to complaints about the appearance of this heavilly quarried wasteland.

Nature's ability to reclaim land ravaged by human industry has never ceased to amaze. The trees reintroduced by the Duke soon became another asset to the environs of Poole's Cavern, and today they form 40 hectares (100 acres) of mature woodland. The chief species here are Beech, Ash, Elm and Sycamore with Willow, Birch, Hawthorn and Rowan around the edges.Observant tree-spotters will also notice the occasional Whitebeam, Oak, Cherry, Lime and Horse chestnut. Careful woodland management ensures that the area remains healthy and aesthetically pleasing, and tree planting is carried out on a regular basis.

Many people have turned to Buxton’s ten community woodlands as places for respite and healing. In response, Buxton Civic Association has been awarded funding for The Stronger Roots project. This will run until March 2022 and will help build on this momentum to benefit both our woodlands and people.

The project has developed a series of community events and activities to help everyone access and enjoy our woodlands. These have grown our connection to nature and brought various health and wellbeing benefits to us all.

The project has also addressed the ash dieback crisis, created regeneration clearings to promote new growth and germinate seeds. This will help regenerate the woodlands and ensure that they can be enjoyed by our community far into the future.

This project is funded by the government’s Green Recovery Challenge Fund. The fund is being delivered by The National Lottery Heritage Fund in partnership with Natural England and the Environment Agency.

Find out more about the project and the events by visiting the Stronger Roots section on the Buxton Civic Association website.

Many common woodland species thrive here. Herb Robert and Herb Bennet are resplendent for most of the flowering season, and at the relevant times of the year you should have no trouble locating Wood anemone, Celandine, Avens, Coltsfoot, Knapweed, Wild strawberry and Dog's mercury, to name but a few.

For the flower lover, Grinlow's altitude provides a fasinating oasis.Many flowers that thrive in colder, northern climes find a southern foothold here. Look out for Mountain Pansy, Leopard's Bane and the Globeflower. Conversely, this is also the northern limit for more faint-hearted southern species such as the southern Marsh Orchid - one of the six species of Orchid found here. Thanks to these and other uncommon flora, the country park has been designated a site of special scientific interest (SSSI).

Wild flowers being in situ: Do not pick them! Some are very rare, and removing them can be a criminal offence. If they are left to seed, future generations of visitors can enjoy them too.

It is always exciting to spot animals in their natural habitat. You'll have no trouble finding evidence of the ubiquitous rabbit and grey squirrel; but keep your eyes open for hares, hedgehogs, weasels, moles, wood mice and various other rodents. Later in the day you may see one of several species of bat, or even catch a glimpse of foxes and badgers patrolling their extensive territories.

Many of the common parkland species will be encountered here. Amidst the familiar thrushes, tits and finches you might be lucky enough to tick off a Tree-Creeper, Nuthatch, Greater Spotted Woodpecker, Woodcock, Redstart, Pied Fly-Catcher, Chiffchaff, Wood Warbler and Tawny Owl. Keep your binoculars poised, and who knows - you might be able to add another tick to that growing list.

At the summit of Grin Hill, just a 20 minute brisk walk from Poole's Cavern, is Buxton's very own folly, Solomon's Temple. Pause here for a well-deserved breather and enjoy some spectacular views across the High Peak. Looking beyond the impressive Dome of the former Devonshire Hospital (now the University of Derby) and the dignified sprawl of Buxton, in fine weather you can see for 24 km (15 miles). On the horizon, look out for Mam Tor at Castleton, and Kinder Scout, which at 636m (2,088ft) - is the highest point in Derbyshire and the Peak District.

The tower itself was built in 1896 to replace an earlier structure constructed by Solomon Mycock a local farmer and landowner. Although not in the true spirit of a folly, that is having no practical purpose whatsoever, Solomon's Temple actually occupies a site of ancient significance. It rises from the centre of an ancient burial mound, and during the tower's construction an archaeological dig here revealled several Bronze Age skeletons from the 'Beaker' period, along with later Roman items.

Not built to withstand the ravages of time, Solomon's Temple had to be restored in 1988. True to the spirit of the original erection, this was done by public subscription, and the splendid folly remains one of Buxton's most distinctive landmarks. 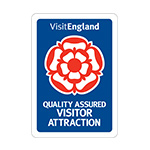 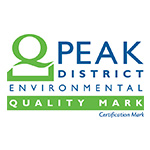 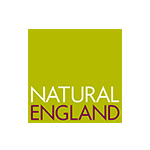 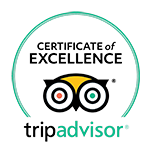